Serving All of WA

On February 2025, 2021, the Washington Supreme Court issued its opinion in State v. Blake. The supreme court ruled that the statute criminalizing simple possession of drugs is unconstitutional. This is a categorical holding and extends to every simple possession conviction regardless of drug, quantity, time, or classification (felony or misdemeanor). Read on for details about the case and the ruling, and how it may impact you.

Police in Spokane, WA executed a search warrant, seeking evidence of stolen vehicles. As part of that search, officers arrested Shannon Blake. During booking at the jail, officers discovered a small baggy of methamphetamine in the coin pocket of Blake’s jeans. The State charged Blake with possession of a controlled substance, in violation of RCW 69.50.4013.

At trial, Blake argued that the jeans did not belong to her, she had borrowed them from a friend a few days earlier, and she had no idea that there was meth in the coin pocket. She lost.

The Washington Supreme Court then took her case and ruled that the legislature cannot constitutionally criminalize passive nonconduct without requiring the State to prove that the person charged knew that he or she possessed a controlled substance. Otherwise, prosecutors could charge someone who mistakenly picked up someone else’s bag at the airport or picked up someone else’s brief case at a courthouse, for example. The court concluded that because RCW 69.50.4013 criminalizes even truly innocent conduct without requiring the State to prove knowledge, it is categorically unconstitutional.

It’s important to note that the facts of the case are not actually relevant to the ruling. The supreme court did not rule that it found Blake’s story to be credible and that only Blake’s conviction is unconstitutional because she was wearing someone else’s pants. Rather, the statute itself is unconstitutional, and all simple drug possession convictions that have ever been entered are unconstitutional, regardless of the facts. This ruling encompasses all time, all drugs, all quantities (so long as it was only possession), and all classifications (felony and misdemeanor).

What does this mean for me?

What should I do next?

Although your conviction for simple drug possession is unconstitutional, that does not mean your conviction is immediately and automatically vacated and dismissed. You have to file the correct paperwork to have your conviction vacated and dismissed. Legal paperwork and court rules are complicated, and the current COVID pandemic is making court processes even more difficult to navigate. Fill out the contact form below for a free personalized consultation from Washington’s top lawyer when it comes to clearing criminal records and restoring firearm rights.

To request a free personalized consultation, please provide all of the information requested below. The attorney will contact you within 24 hours. All submissions are secure and confidential.

***If you’ve ever been known by a different name or have criminal history of any kind out of state, please note that below.*** 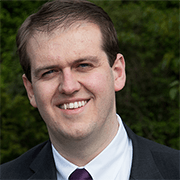 Mr. Kertchen is the foremost firearm rights expert in Washington state. He has dealt with all sorts of firearm issues, including restoration of firearm rights, terminating protection orders, overturning background check denials, suing state and federal agencies, retrieving improperly confiscated firearms, and more. Other lawyers routinely turn to him for advice on firearm issues and he has taught multiple seminars on gun laws in Washington state. Mr. Kertchen has helped thousands of people and he can help you too.

8am - 4pm
In-Office
By Appointment Only

Thank you for submitting the contact form. The attorney will contact you within 24 hours. Make sure you are checking your email, including your junk or spam folder.